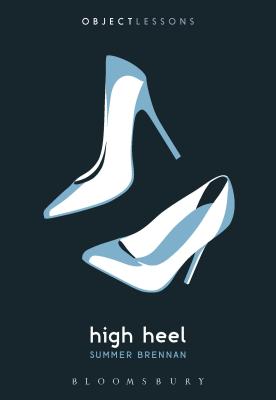 Object Lessons is a series of short, beautifully designed books about the hidden lives of ordinary things. Fetishized, demonized, celebrated, and outlawed, the high heel is central to the iconography of modern womanhood. But are high heels good? Are they feminist? What does it mean for a woman (or, for that matter, a man) to choose to wear them? Meditating on the labyrinthine nature of sexual identity and the performance of gender, High Heel moves from film to fairytale, from foot binding to feminism, and from the golden ratio to glam rock. Summer Brennan considers this most provocative of fashion accessories as a nexus of desire and struggle, sex and society, violence and self expression, setting out to understand what it means to be a woman by walking a few hundred years in her shoes. Object Lessons is published in partnership with an essay series in The Atlantic.

Summer Brennan is a journalist and author. She received the 2016 Matthew Power Literary Reporting Award and was a visiting scholar at the Arthur L. Carter Journalism Institute at New York University. Her first book, The Oyster War: The True Story of a Small Farm, Big Politics, and the Future of Wilderness in America (2015) was a finalist for the 2016 Orion Book Award. A longtime consultant for the United Nations, her writing has appeared in New York Magazine, Scientific American, McSweeney's, the San Francisco Chronicle, and elsewhere. She lives in Brooklyn and New Mexico.