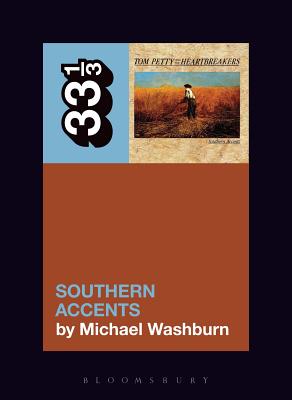 By 1985 Tom Petty had already obtained legendary status. He had fame. He had money. But he was restless, hoping to stretch his artistry beyond the confining format of songs like "The Waiting" and "Refugee." Petty's response to his restlessness was Southern Accents. Initially conceived as a concept album about the American South, Southern Accents's marathon recording sessions were marred by aesthetic and narcotic excess. The result is a hodgepodge of classic rock songs mixed with nearly unlistenable 80s music. Then, while touring for the album, Petty made extensive use of the iconography of the American Confederacy, something he soon came to regret. Despite its artistic failure and public controversy, Southern Accents was a pivot point for Petty. Reeling from the defeat, Petty reimagined himself as deeply, almost mythically, Californian, obtaining his biggest success with Full Moon Fever.

Michael Washburn explores the history of Southern Accents and how it sparked Petty's reinvention. Washburn also examines how the record both grew out of and reinforced enduring but flawed assumptions about Southern culture and the Lost Cause of the Confederacy.

Michael Washburn, Director of Programs at Humanities New York, has written about books, culture, and politics for a number of publications. Follow him on Twitter at @whalelines.
Loading...
or support indie stores by buying on