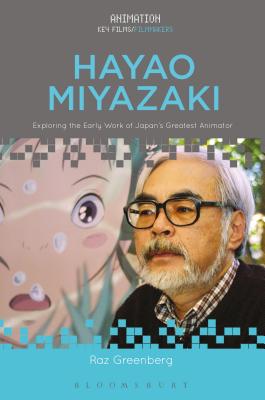 Hayao Miyazaki's career in animation has made him famous as not only the greatest director of animated features in Japan, the man behind classics as My Neighbour Totoro (1988) and Spirited Away (2001), but also as one of the most influential animators in the world, providing inspiration for animators in Disney, Pixar, Aardman, and many other leading studios.

However, the animated features directed by Miyazaki represent only a portion of his 50-year career. Hayao Miyazaki examines his earliest projects in detail, alongside the works of both Japanese and non-Japanese animators and comics artists that Miyazaki encountered throughout his early career, demonstrating how they all contributed to the familiar elements that made Miyazaki's own films respected and admired among both the Japanese and the global audience.

Raz Greenberg is a teaching fellow at the Hebrew University of Jerusalem, Israel. He has published both academic and popular articles on animation, including Literature Film Quarterly, The Journal of Film and Video, Animated Views and ASIFA, among others
Loading...
or support indie stores by buying on