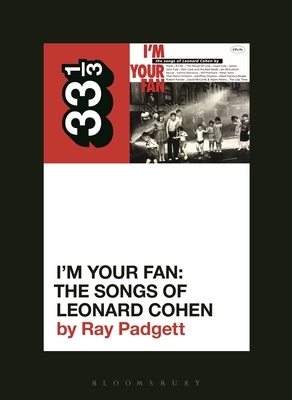 When I'm Your Fan: The Songs of Leonard Cohen hit stores in 1991, Leonard Cohen's career had plummeted from its revered 1960s high. Cohen's record label had refused to release his 1984 album Various Positions--including the song Hallelujah--in the United States. Luckily, Velvet Underground founder John Cale was one of the few who did hear Hallelujah, and he covered it for I'm Your Fan, a collection of Cohen's songs produced by a French fanzine. Jeff Buckley adored the tribute album and covered Cale's cover in 1994, never having heard Cohen's still-obscure original version.

In 2016, Stereogum labeled the tribute album possibly the most universally derided format in pop music. However, without a tribute album, you wouldn't know the song Hallelujah. Through Buckley through Cale, Hallelujah is now one of the most often-performed songs in the world--and it wouldn't be without this tribute album. I'm Your Fan thus offers a particularly notable example of a much broader truth: Despite all the eye-rolling they inspire, tribute albums matter. They can resuscitate legends' fading careers, or expose obscure artists who never had much of a career to begin with.

Ray Padgett is the founder of Cover Me, the largest blog devoted to cover songs on the web, and author of Cover Me: The Stories Behind the Greatest Cover Songs of All Time (2017). His writing has appeared in The New Yorker, SPIN, The AV Club, Vice, and MOJO, and he's been interviewed as an expert on cover songs by NPR, The Wall Street Journal, SiriusXM, and dozens more. He lives in Burlington, Vermont and also works as a publicist for Shore Fire Media
Loading...
or support indie stores by buying on