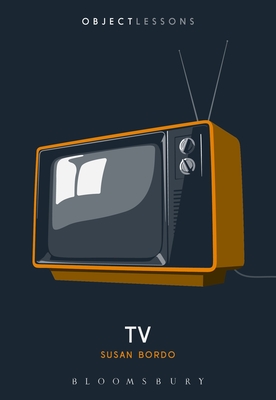 Once upon a time, the news was only 15 minutes long and middle-class families huddled around a tiny black-and-white screen, TV dinners on their laps, awaiting weekly sitcoms that depicted an all-white world in which mom wore pearls and heels as she baked endless pies. If this seems a distant past, that's a measure of just how much TV has changed-and changed us. Weaving together personal memoir, social and political history, and reflecting on key moments in the history of news broadcasting and prime time entertainment, Susan Bordo opens up the 75-year-old time-capsule that is TV and illustrates what a constant companion and dominant cultural force television has been, for good and for bad, in carrying us from the McCarthy hearings and The Adventures of Ozzie and Harriet to Mad Men, Killing Eve, and the emergence of our first reality TV president. Object Lessons is published in partnership with an essay series in The Atlantic.

Susan Bordo is Professor Emerita at the University of Kentucky, USA, where she held the Otis A. Singletary Chair in Humanities. She has published many influential books, on subjects that range from femininity, masculinity, and the body (Unbearable Weight: Feminism, Western Culture and the Body and The Male Body: A New Look at Men in Public and in Private) to Anne Boleyn (The Creation of Anne Boleyn) and, most recently, The Destruction of Hillary Clinton, a play-by-play account of the gendered double-standards and stereotypes, political forces and media culture that contributed to Clinton's loss in the 2016 election (2017), and Imagine Bernie Sanders as a Woman and Other Writing on Politics and the Media 2016-2019 (2020.) Her widely cited books and articles are considered paradigms of accessible, interdisciplinary scholarship
Loading...
or support indie stores by buying on