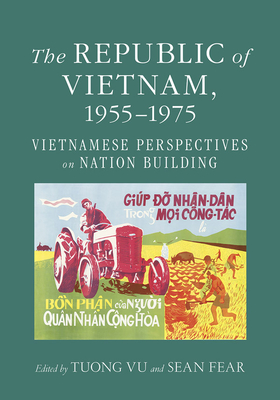 Through the voices of senior officials, teachers, soldiers, journalists, and artists, The Republic of Vietnam, 1955-1975, presents us with an interpretation of South Vietnam as a passionately imagined nation in the minds of ordinary Vietnamese, rather than merely as an expeditious political construct of the United States government.

The moving and honest memoirs collected, translated, and edited here by Tuong Vu and Sean Fear describe the experiences of war, politics, and everyday life for people from many walks of life during the fraught years of Vietnam's Second Republic, leading up to and encompassing what Americans generally call the Vietnam War. The voices gift the reader a sense of the authors' experiences in the Republic and their ideas about the nation during that time. The light and careful editing hand of Vu and Fear reveals that far from a Cold War proxy struggle, the conflict in Vietnam featured a true ideological divide between the communist North and the non-communist South.

Tuong Vu is Director of the Asian Studies Program and Associate Professor of Political Science at the University of Oregon. He is a former editor of the Journal of Vietnamese Studies and the author of numerous books, including Vietnam's Communist Revolution and Paths to Development in Asia. Sean Fear is a Lecturer in International History at the University of Leeds.
Loading...
or support indie stores by buying on