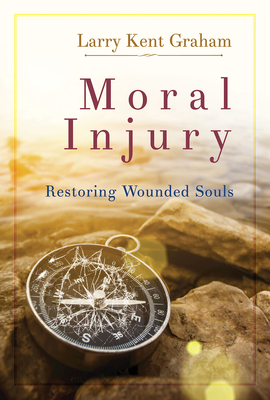 In a world where anything goes, people have a hard time deciding what is right and what is wrong. Pastors have a hard time helping people discern right and wrong because the church's theological language of sin and redemption have so little currency and even less cultural relevancy. How can pastors help people deal with their feelings of guilt, shame, and responsibility when most people don't believe in sin and have a limited or "flexible" moral framework? People need help assessing moral alternatives, reconciling what they have done with what they think is right, recovering from burdens of guilt and shame, and imagining moral options to serve the common good. It is the call of pastors, chaplains, and other spiritual caregivers to help these people move from moral injury to pardon and, eventually, to sustained recovery and resilience--in essence this book will help pastors reclaim their pastoral tasks of soul care and moral guidance without succumbing to the temptation of moralizing.

Using vivid examples, the author will look at how various religious communities seek, promote, and achieve personal wholeness and realize the common good. This understanding will inform pastors, so that they can help their congregants and communities become vital agents in a sea of, often, conflicting moral voices. The book will provide resources for identifying core assets, and how to assess the various codes and moral claims interacting within the kaleidoscopic climate in which we live.

Drawing upon neuroscience, narrative spirituality, and collaborative communal engagement, the author gives tools to aid pastors, chaplains, and spiritual caregivers ameliorate the distress caused by dissonance and resulting in moral injury. The book will also provide resources for helping people bear the burdens of moral responsibility and for navigating the sometimes unbearable consequences of particular moral actions. The author concludes with suggestions for helping people suffering from injury to their integrity from misdeeds they endure, either as a result of their own actions or from those actions of others, move toward sustained resilience and more mature moral imagination.