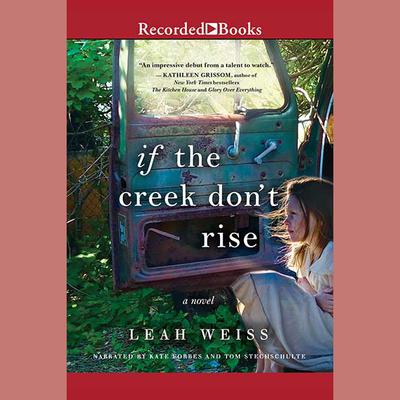 A strikingly sincere portrait of a town and its buried secrets from an outstanding new voice in southern fiction In a North Carolina mountain town filled with moonshine and rotten husbands, Sadie Blue is only the latest girl to face a dead-end future at the mercy of a dangerous drunk. She's been married to Roy Tupkin for fifteen days, and she knows now that she should have listened to the folks who said he was trouble. But when a stranger sweeps in and knocks the world off-kilter for everyone in town, Sadie begins to think there might be more to life than being Roy's wife. As stark and magnificent as Appalachia itself, If the Creek Don't Rise is a bold and beautifully layered debut about a dusty, desperate town finding the inner strength it needs to outrun its demons. The folks of Baines Creek will take you deep into the mountains with heart, honesty, and homegrown grit.
Loading...