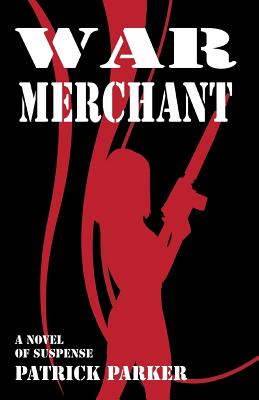 In a world of espionage, deception, betrayal, terrorism, and murder, Dydre uses the next assignment Zsigmond gives her-the deliverance of new technology to terrorists-to escape his merciless grip.

Dydre, a single mother, is caught up in a world she doesn't want. Her boss Clayborne Zsigmond-a black market arms dealer-uses her six-year-old son as a pawn to keep her in line. Visitation is a reward for her obedient behavior.

Forced to deal with the worst terrorists and dictators around the world, she uses disguises and a deadly poison to give her an edge in dealing with those that want to kill her. To stay alive she has honed her skills that few could defeat.

When an opportunity occurs to break free from Zsigmond, she moves fast but the risks she takes puts her on the firing line when her plan goes deadly wrong, and success looks bleak. Those she thought she could trust betray her. Not only is her life in jeopardy but also her son's as she finds herself pitted against Zsigmond, his mercenaries, a double-crossing businessman, terrorists, the FBI, and a man from the Department of Defense.

Click on the War Merchant book cover above for a Look Inside.

Patrick Parker received his bachelor's degree in management and his master's degree in international relations. He joined the US Army and spent five years in Italy. After retiring from the military, Parker spent an additional fifteen years in the defense industry. Now retired again, Parker enjoys writing, scuba diving, sailing, and going to the beach. He lives in Texas. Parker is also the author of Treasures of the Fourth Reich and War Merchant. Both are available through Amazon.com.
or
Buy Here
Copyright © 2020 American Booksellers Association