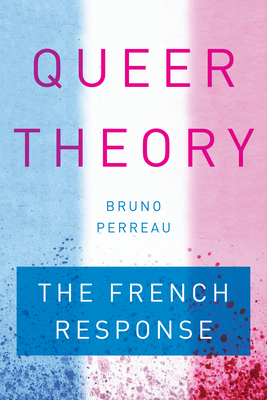 In 2012 and 2013, masses of French citizens took to the streets to demonstrate against a bill on gay marriage. But demonstrators were not merely denouncing its damaging effects; they were also claiming that its origins lay in gender theory, an ideology imported from the United States. By gender theory they meant queer theory in general and, more specifically, the work of noted scholar Judith Butler. Now French opponents to gay marriage, supported by the Vatican, are attacking school curricula that explore male/female equality, which they claim is further proof of gender theory's growing empire. They fear that this pro-homosexual propaganda will not only pervert young people, but destroy the French nation itself.

What are the various facets of the French response to queer theory, from the mobilization of activists and the seminars of scholars to the emergence of queer media and the decision to translate this or that kind of book? Ironically, perceiving queer theory as a threat to France means overlooking the fact that queer theory itself has been largely inspired by French thinkers. By examining mutual influences across the Atlantic, Bruno Perreau analyzes changes in the idea of national identity in France and the United States. In the process, he offers a new theory of minority politics: an ongoing critique of norms is not only what gives rise to a feeling of belonging; it is the very thing that founds citizenship.

Bruno Perreau is Cynthia L. Reed Professor and Associate Professor of French Studies at MIT. He is the author of The Politics of Adoption (2014).
Loading...
or support indie stores by buying on