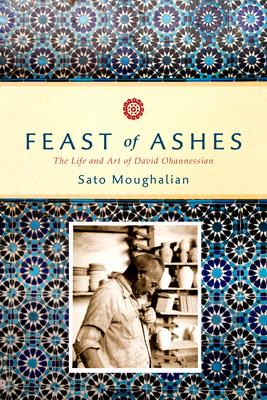 The Life and Art of David Ohannessian

The compelling life story of Armenian ceramicist David Ohannessian, whose work changed the face of Jerusalem--and a granddaughter's search for his legacy.

Along the cobbled streets and golden walls of Jerusalem, brilliantly glazed tiles catch the light and beckon the eye. These colorful wares--known as Armenian ceramics--are iconic features of the Holy City. Silently, these works of ceramic art--art that also graces homes and museums around the world--represent a riveting story of resilience and survival: In the final years of the Ottoman Empire, as hundreds of thousands of Armenians were forcibly marched to their deaths, one man carried the secrets of this age-old art with him into exile toward the Syrian desert.

Feast of Ashes tells the story of David Ohannessian, the renowned ceramicist who in 1919 founded the art of Armenian pottery in Jerusalem, where his work and that of his followers is now celebrated as a local treasure. Ohannessian's life encompassed some of the most tumultuous upheavals of the modern Middle East. Born in an isolated Anatolian mountain village, he witnessed the rise of violent nationalism in the waning years of the Ottoman Empire, endured arrest and deportation in the Armenian Genocide, founded a new ceramics tradition in Jerusalem under the British Mandate, and spent his final years, uprooted, in Cairo and Beirut.

Ohannessian's life story is revealed by his granddaughter Sato Moughalian, weaving together family narratives with newly unearthed archival findings. Witnessing her personal quest for the man she never met, we come to understand a universal story of migration, survival, and hope.

Sato Moughalian is an award-winning flutist in New York City and Artistic Director of Perspectives Ensemble, founded in 1993 to explore and contextualize works of composers and visual artists. Since 2007, Ms. Moughalian has also traveled to Turkey, England, Israel, Palestine, and France to uncover the traces of her grandfather's life and work, has published articles, and gives talks on the genesis of Jerusalem's Armenian ceramic art.
or
Buy Here
Copyright © 2020 American Booksellers Association