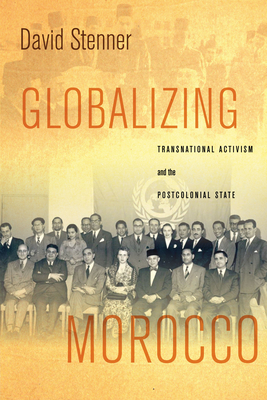 Transnational Activism and the Postcolonial State

The end of World War II heralded a new global order. Decolonization swept the world and the United Nations, founded in 1945, came to embody the hopes of the world's colonized people as an instrument of freedom. North Africa became a particularly contested region and events there reverberated around the world. In Morocco, the emerging nationalist movement developed social networks that spanned three continents and engaged supporters from CIA agents, British journalists, and Asian diplomats to a Coca-Cola manager and a former First Lady. Globalizing Morocco traces how these networks helped the nationalists achieve independence--and then enabled the establishment of an authoritarian monarchy that persists today.

David Stenner tells the story of the Moroccan activists who managed to sway world opinion against the French and Spanish colonial authorities to gain independence, and in so doing illustrates how they contributed to the formation of international relations during the early Cold War. Looking at post-1945 world politics from the Moroccan vantage point, we can see fissures in the global order that allowed the peoples of Africa and Asia to influence a hierarchical system whose main purpose had been to keep them at the bottom. In the process, these anticolonial networks created an influential new model for transnational activism that remains relevant still to contemporary struggles.

David Stenner is Assistant Professor of History at Christopher Newport University.
Loading...
or support indie stores by buying on