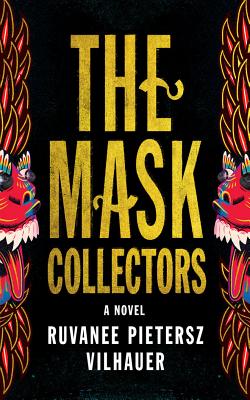 A murder investigation becomes a dance with the devil in a breakthrough novel of illusion, conspiracy, and belief.

The alumni of an international boarding school have gathered at a campground in rural New Jersey when a scream breaks the silence of the woods. Classmates are shocked to find journalist Angie Osborne suddenly dead. The medical examiner's report isn't what anyone expects. Oddly, the death scene reminds anthropologist Duncan McCloud of a thovile, a Sri Lankan ritual he's spent years studying.

When Duncan's new employer, a pharmaceutical giant, sends him overseas under shadowy pretenses, and his wife, Dr. Grace McCloud, starts to receive anonymous warnings to doubt everyone and everything, the threads of a sweeping conspiracy begin to unravel. Risking more than their own lives, Duncan and Grace embark on a treacherous journey through occult ceremonies and their own hidden pasts to discover a secret worth killing for.

In taut, precise language, Ruvanee Pietersz Vilhauer's debut novel The Mask Collectors tells a story about deception, the power of belief, and what is left unspoken between husbands and wives.