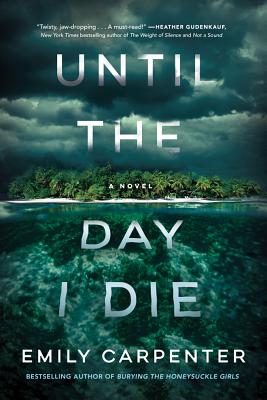 Until the Day I Die

From the bestselling author of Burying the Honeysuckle Girls comes a riveting novel about a mother and daughter separated by grief, secrets, and a conspiracy that threatens to destroy their lives.

If there's a healthy way to grieve, Erin Gaines hasn't found it. After her husband's sudden death, the runaway success of the tech company they built with their best friends has become overwhelming. Her nerves are frayed, she's disengaged, and her frustrated daughter, Shorie, is pulling away from her. Maybe Erin's friends and family are right. Maybe a few weeks at a spa resort in the Caribbean islands is just what she needs to hit the reset button...

Shorie is not only worried about her mother's mental state but also for the future of her parents' company. Especially when she begins to suspect that not all of Erin's colleagues can be trusted. It seems someone is spinning an intricate web of deception--the foundation for a conspiracy that is putting everything, and everyone she loves, at risk. And she may be the only one who can stop it.

Now, thousands of miles away in a remote, and oftentimes menacing, tropical jungle, Erin is beginning to have similar fears. Things at the resort aren't exactly how the brochure described, and unless she's losing her mind, Erin's pretty sure she wasn't sent there to recover--she was sent to disappear.