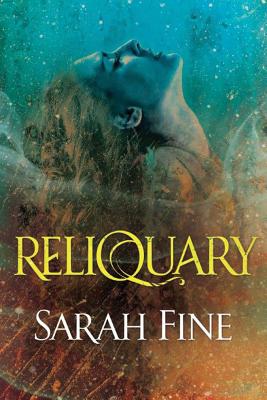 Mattie Carver's engagement party should have marked the start of her own personal fairy tale. But when her fianc , Ben, is violently abducted the next morning, her desperate quest to find him rips her away from small-town life and reveals a shattering truth: magic is real--and Ben is hooked. It's not the stuff of storybooks. It's wildly addictive, capable of producing everything from hellish anguish to sensual ecstasy almost beyond human endurance.

Determined to find out who took Ben and why, Mattie immerses herself in a shadowy underworld and comes face-to-face with the darkly alluring Asa Ward, a rogue magic dealer, infamous hustler...and her missing fianc 's estranged brother. Asa has the power to sense magic, and he realizes Mattie is a reliquary, someone with the rare ability to carry magic within her own body, undetected. Asa agrees to help find Ben on one condition: Mattie must use her uncommon talent to assist his smuggling operations. Now, from magic-laced Vegas casinos to the netherworld clubs of Bangkok, Mattie is on a rescue mission. With Asa by her side, she'll face not only the supernatural forces arrayed against her but the all-too-human temptation that she fears she can't resist.