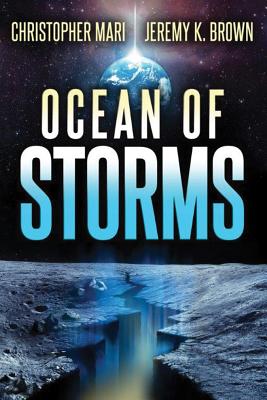 In the near future, political tensions between the United States and China are at an all-time high. Then a catastrophic explosion on the moon cleaves a vast gash in the lunar surface, and the massive electromagnetic pulse it unleashes obliterates Earth's electrical infrastructure. To plumb the depths of the newly created lunar fissure and excavate the source of the power surge, the feuding nations are forced to cooperate on a high-risk mission to return mankind to the moon.

Now, a diverse, highly skilled ensemble of astronauts--and a pair of maverick archaeologists plucked from the Peruvian jungle--will brave conspiracy on Earth and disaster in space to make a shocking discovery.

Ocean of Storms is an epic adventure that spans space and time as its heroes race to fulfill an ancient mission that may change the course of humanity's future.