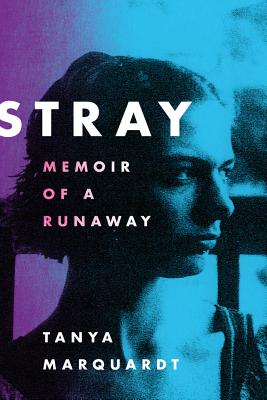 Memoir of a Runaway

Brutal and beautiful, Stray is the true story of a girl who runs away and finds herself.

After growing up in a dysfunctional and emotionally abusive home, Tanya Marquardt runs away on her sixteenth birthday. Her departure is an act of rebellion and survival--whatever she is heading toward has to be better than what she is leaving behind.

Struggling with her inner demons, Tanya must learn to take care of herself during two chaotic years in the working-class mill town of Port Alberni, followed by the early-nineties underground goth scene in Vancouver, British Columbia. She finds a chosen family in her fellow misfits, and the bond they form is fierce and unflinching.

Told with raw honesty and strength, Stray reveals Tanya's fight to embrace the vulnerable, beguiling parts of herself and heal the wounds of her past as she forges her own path to a new life.