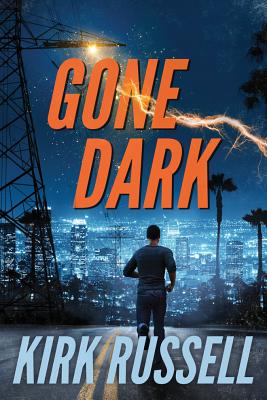 America is under siege as Special Agent Paul Grale exposes a devastating act of domestic terrorism that becomes explosively personal.

When a series of coordinated blasts takes down several Los Angeles power stations, FBI bomb tech Paul Grale is tapped to investigate. That means leaving his vulnerable niece, Julia, behind in Las Vegas. The sole survivor of a homeland bombing that killed her parents, Julia's still struggling through grief and trauma. An avowed pacifist, she's being trolled as anti-American. And entangled in an affair with the wrong man, she's facing the fallout from his crimes: stolen military-grade ammunition found in her car.

But Grale has no choice but to head to LA. The sabotage is growing more sophisticated, and with assaults on the telecommunication grid itself, the potential for destruction has never been higher. Now, as rolling blackouts sweep across the West, Grale is following clues that point alarmingly close to home. Especially when Julia disappears.

If Grale can't stop the attacks from escalating, the grid will go down for good, leaving everyone in the dark. But it's Grale who could be facing the darkest reality of all...