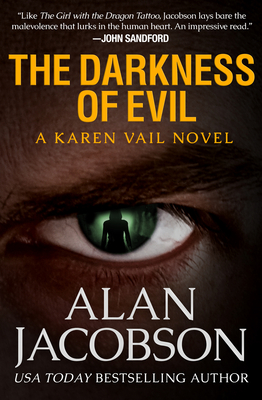 FBI profiler Karen Vail is on the hunt for an escaped serial killer in the latest jaw-dropping thriller from USA Today-bestselling author Alan Jacobson. Jasmine Marcks was a teenager when she discovered her father was a killer. First, there was the strip of bloody duct tape; then, the bloodstain on his shirt; and finally, the long nights away from home that always coincided with gruesome deaths. Roscoe Lee Marcks killed fourteen people before he was finally put behind bars. But as renowned FBI agent Karen Vail soon learns, Marcks's reign of terror isn't over yet. After writing a book about growing up as the child of a serial killer, Jasmine receives a letter--a single sheet of paper mailed from the maximum-security prison Marcks now calls home. The page hides a threatening message from a father who wants vengeance against the daughter who turned him in to the police. So when Marcks breaks out of prison, Agent Vail calls on a legendary retired profiler to help her find the escaped convict--and keep him from making Jasmine his fifteenth victim. Alan Jacobson created Karen Vail--one of the most compelling heroes in suspense fiction, earning acclaim from James Patterson, Nelson DeMille, and Michael Connelly--after seven years of working with two senior profilers at the Federal Bureau of Investigation's legendary Behavioral Analysis Unit. Over the years, Vail has tangled with the worst serial killers America has to offer. But none compares to Roscoe Lee Marcks.