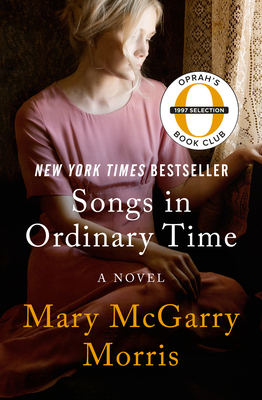 This New York Times bestseller of a troubled family in 1960s Vermont is "teeming with incident and characters, often foolish, even nasty, but always alive" (The New Yorker). It is the summer of 1960 in Atkinson, Vermont. With no help from her alcoholic ex-husband, Marie Fermoyle is raising three children on the edge of poverty. Her seventeen-year-old daughter, Alice, is becoming emotionally involved with a local priest in a staunchly Catholic town that disapproves of Marie's divorce. Alice's brother Norm is a hotheaded sixteen-year-old, and twelve-year-old Benjy is isolated and full of anxieties, looking with yearning at the Klubocks next door, who seem to live an orderly, peaceful life much unlike his own family's. Now, Marie has met a new man: Omar Duvall, who talks about opportunities and riches but so far seems only to sponge off the Fermoyles. A lonely, desperate single mother like Marie is easy prey for con men, but she resists the temptation to doubt him. Young Benjy, though, may eventually reveal a disturbing secret that could shatter all her hopes. A portrait of a family as well as a town and its secrets, Songs in Ordinary Time is "a gritty, beautifully crafted novel rich in wisdom and suspense" (The Miami Herald). An Oprah's Book Club selection from an author nominated for the National Book Award and the PEN/Faulkner Award, it is "extraordinary . . . a deeply satisfying story" (USA Today).

Mary McGarry Morris grew up in Vermont and now lives on the North Shore in Massachusetts. Her first novel, Vanished, was published in 1988 and was nominated for the National Book Award and the PEN/Faulkner Award. A Dangerous Woman (1991) was chosen by Time magazine as one of the "Five Best Novels of the Year" and was made into a motion picture starring Debra Winger, Barbara Hershey, and Gabriel Byrne. Songs in Ordinary Time (1995) was an Oprah's Book Club selection, which propelled it to the top of the New York Times bestseller list for many weeks, and it was adapted for a TV movie starring Sissy Spacek and Beau Bridges. Morris's other highly acclaimed works include the novels Fiona Range (2000), A Hole in the Universe (2004), The Lost Mother (2005), The Last Secret (2009), and Light from a Distant Star (2011), as well as the play MTL: The Insanity File.
Loading...
or support indie stores by buying on