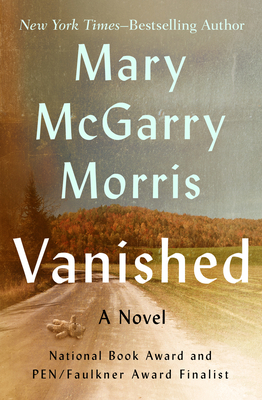 National Book Award Finalist: A man, woman, and child are bound by a desperate need--and a terrible secret--in this suspenseful, "astonishing" novel (Vogue). Aubrey Wallace is the kind of man no one notices. Dotty Johnson is the kind of woman no one can ignore. One afternoon, they both disappear from the small Vermont town where they live. The next day, two hundred miles away, a toddler is kidnapped from her Massachusetts home. For the next five years, Aubrey, Dotty, and the kidnapped child--united by a mix of strange love, desperate need, and the crime that brought them together--are trapped in a nomadic existence governed by their constant fear of discovery. Canny, the little girl, becomes Aubrey's entire existence. But Dotty wants out. She is tired of being saddled with this fearful man, and when she meets a brutal ex-convict, the wheels of Canny's return to her natural parents are wrenched fatally into motion. A dark, riveting tale about the impulses and weaknesses that underlie an evil act, Vanished was nominated for both the National Book Award and the PEN/Faulkner Award, and marked the debut of the New York Times-bestselling author of Songs in Ordinary Time and A Dangerous Woman.

Mary McGarry Morris grew up in Vermont and now lives on the North Shore in Massachusetts. Her first novel, Vanished, was published in 1988 and was nominated for the National Book Award and the PEN/Faulkner Award. A Dangerous Woman (1991) was chosen by Time magazine as one of the "Five Best Novels of the Year" and was made into a motion picture starring Debra Winger, Barbara Hershey, and Gabriel Byrne. Songs in Ordinary Time (1995) was an Oprah's Book Club selection, which propelled it to the top of the New York Times bestseller list for many weeks, and it was adapted for a TV movie starring Sissy Spacek and Beau Bridges. Morris's other highly acclaimed works include the novels Fiona Range (2000), A Hole in the Universe (2004), The Lost Mother (2005), The Last Secret (2009), and Light from a Distant Star (2011), as well as the play MTL: The Insanity File.
Loading...
or support indie stores by buying on