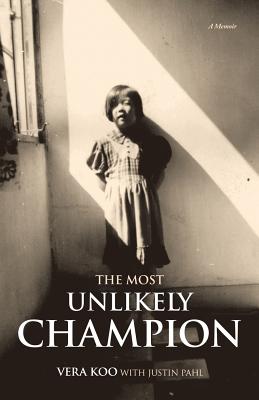 The Most Unlikely Champion

Vera Koo enrolled in a firearm safety course because she was afraid of guns. Goals are important to Vera, so she set hers high, completing the beginner's course, and eventually becoming the best shooter in her advanced class. Her instructor suggested she reach for an even higher goal with competitive shooting. And she did. With unflinching focus and determination, Vera became one of the most accomplished shooters ever. At age 70, she's an eight-time women's division winner of the prestigious Bianchi Cup Action Pistol Championship. She's the first woman to place in the Top 20 in the Bianchi Cup competition.

Vera's story is more than that of a petite Asian woman becoming a top competitor in the male-dominated sport shooting world. It's the story of a Chinese immigrant, raised in a traditional Chinese culture, where women deferred to their husbands and kept to their socio-economic class, succeeded in America. Vera is a successful businesswoman, accomplished athlete, and a loving wife and mother. It was never an 'either or' for Vera, it's about meeting life's challenges head-on with dogged persistence, grace, humility-and humor.

With faith in herself and God, Vera has survived unexpected tragedies, tremendous hurt, and betrayal. And yet, her story is about hope, love, compassion, and forgiveness. Through all the twists and turns in her life, Vera shows us how the same grit that made her a world class athlete, helped her find joy.

"Search for something you're good at," Vera says, "and it will take you far."

By the age of 70, Vera Koo was both a national and world titleholder in the sport of Action Pistol Shooting. Vera was the first and only woman in the history of the NRA's Bianchi Cup to win eight National Women's titles. She's won two World titles, and was the first woman to place in the overall top 20 at the NRA Bianchi Cup, in 2001. Born and raised in Hong Kong, Vera's family immigrated to San Francisco when she was 12 years old. She and her husband, Carlos, have a successful business and are the proud parents of three children. Prior to retiring from sport shooting just 6 months before turning 72, Vera competed in the regular Women's category, as well as the Senior/Super Senior category, in which she competed against only male shooters. As one of the elite female athletes in the growing sport, Vera enjoyed mentoring young shooters as she continued to compete at the highest level. Follow her website, www.verakoo.com, for updates about her career, her blog, and her appearances. The Most Unlikely Champion is her first book.
Loading...
or support indie stores by buying on