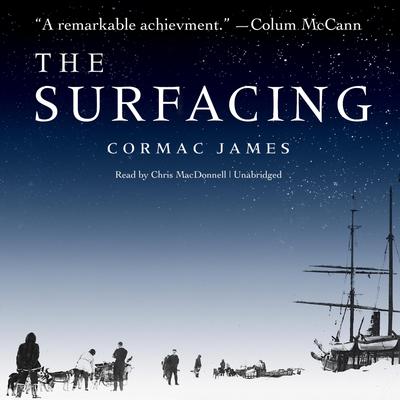 Far from civilization, on the hunt for Sir John Franklin's recently lost Northwest Passage expedition, Lieutenant Morgan and his crew find themselves trapped in ever-hardening Arctic ice that threatens to break apart their ship. When Morgan realizes that a stowaway will give birth to his child in the frozen wilderness, he finds new clarity and courage to lead his men across a bleak expanse as shifting, stubborn, and treacherous as human nature itself.A harrowing tale of psychological fortitude against impossible odds, The Surfacing is also a beautifully told story of one man's transformative journey toward fatherhood.

Cormac James was born in Cork, Ireland. A graduate of the UEA Creative Writing MA, he has published short fiction in Columbia, Phoenix Irish Short Stories, and the Dublin Review. His first novel, Track and Field, was published in 2000. He lives in Montpellier, France, with his wife and son.