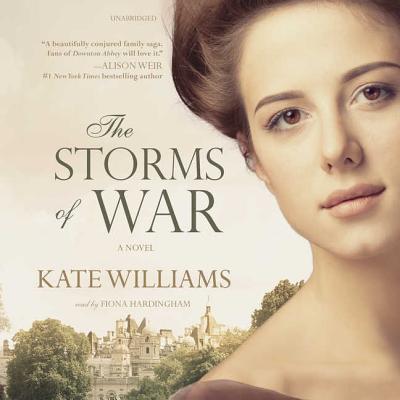 For fans of Atonement, Birdsong, and Downton Abbey, the first of three novels about a privileged British family enduring the trials of World War I, from New York Times bestselling author Kate WilliamsIn the idyllic early summer of 1914, life is good for the de Witt family. Rudolf and Verena are planning the wedding of their daughter Emmeline, while their eldest son, Arthur, is studying in Paris, and Michael is just back from his first term at Cambridge. Celia, the youngest of the de Witt children, is on the brink of adulthood and secretly dreams of escaping her carefully mapped-out future and exploring the world.But the onslaught of war changes everything, and soon the de Witts find themselves sidelined and in danger of losing everything they hold dear. As Celia struggles to make sense of the changing world around her, she lies about her age to join the war effort and finds herself embroiled in a complex plot that puts not only herself but those she loves in danger.With gripping detail and brilliant empathy, Kate Williams tells the story of Celia and her family as they are shunned by a society that previously embraced them, torn apart by sorrow, and buffeted and changed by the storms of war.
or
Not Currently Available for Direct Purchase
Copyright © 2020 American Booksellers Association