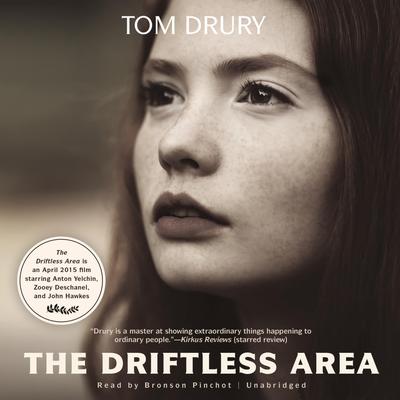 Set in the rugged region of the Midwest that gives the novel its title, The Driftless Area is the story of Pierre Hunter, a young bartender with unfailing optimism, a fondness for coin tricks, and an uncanny capacity for finding trouble. When he falls in love with the mysterious and isolated Stella Rosmarin, Pierre becomes the central player in a revenge drama he must unravel and bring to its shocking conclusion. Along the way he will liberate seventy-seven thousand dollars from a murderous thief, summon the resources that have eluded him all his life, and come to question the very meaning of chance and mortality.

Nothing is as it seems in The Driftless Area—identities shift, violent secrets lie in wait, the future can cause the past, and love becomes a mission that can take you beyond this world. In its tender, cool irony, The Driftless Area recalls the best of neo-noir, and its cast of bona fide small­-town eccentrics adrift in the American Midwest make for a clever and deeply pleasurable read from one of our most beloved authors.

Tom Drury is
the author of several novels, including The End of Vandalism, Hunts in Dreams, The
Driftless Area
, and The Black Brook. His fiction has appeared in the New Yorker, Harper's, and the Mississippi Review, and he
has been named one of Granta's Best Young American Novelists.