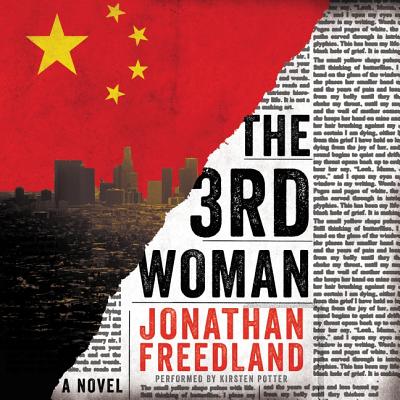 An award-winning journalist delivers a chilling and unique thriller, in which a daring reporter's investigation into her sister's death draws her into the crosshairs of enemies determined to keep their secrets safe--at any cost.

The United States and China have struck a shocking bargain: In return for forgiving trillions in debt, the People's Republic of China--now the world's dominant global superpower--has established a permanent military presence on US soil. Years of decline have left America economically vulnerable, and evidence of China's cultural and political dominance is everywhere.

Journalist Madison Webb is obsessed with exposing the lies and corruption that have corroded her once great society. When her sister is savagely murdered, the police insist it's an isolated crime. But Madison suspects the cops are hiding something. Digging for answers, she discovers her sister's death may be one of many . . . and part of a dangerous conspiracy. Even though her life is on the line, Madison refuses to give up on the story. And sooner or later, she will have to confront the consequences of exposing the powerful forces intent on hiding the truth.