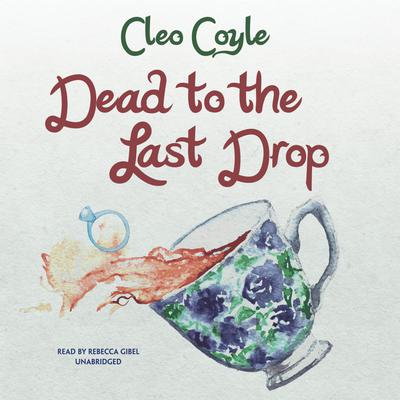 Dead to the Last Drop (The Coffeehouse Mysteries) (Digital Audiobook)

From the New York Times bestselling author of Once upon a Grind comes an exciting new installment in the Coffeehouse Mystery series. Clare's visit to the nation's capital is off to a graceful start. Her octogenarian employer is bunking with her in a charming Georgetown mansion, and a Smithsonian curator invites her to work on its culinary salute to coffee in America.Clare's new Village Blend, DC is struggling to earn a profit-until it attracts a high-profile fan, the college-age daughter of the president. Clare's stock rises as the first lady befriends her, but she soon learns a stark lesson: Washington can be murder.First she finds a dead body in a back booth. Then the president's daughter goes missing. Is she a runaway bride or is something more sinister in play? After another deadly twist, Clare is on the run with her NYPD detective boyfriend. Branded an enemy of the state, she must piece together clues and uncover the truth before her life, liberty, and pursuit of happiness come to a bitter end.

Cleo Coyle grew
up in a small town near Pittsburgh. After earning scholarships to
study writing at Carnegie Mellon and American University, she began her
career as a cub reporter for the
New York Times. Now an author of popular fiction and a New
York Times bestselling author, Cleo lives and works in
New York City, where she collaborates with her husband to pen the Coffeehouse Mysteries. Together Cleo and her husband also
write the Haunted Bookshop Mysteries under the name Alice Kimberly. When not
haunting coffeehouses, hunting ghosts, or rescuing stray cats, Cleo and Marc cook
like crazy and drink a lot of java.