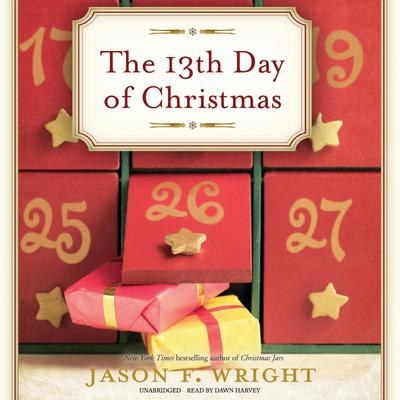 From the New York Times bestselling author of Christmas Jars comes a powerful story of friendship and faith.Marva Ferguson has a very personal Christmas tradition that happens the day after Christmas. As a widow, the tradition means more to her now than it ever did.Her newest neighbor, nine-year-old Charlee, loves Christmas too. But her family has fallen on hard times, and things get worse when Charlee becomes critically ill.Then, on December 12, Charlee makes a wonderful discovery. A mysterious note is delivered that promises twelve days of gifts and stories that will reveal the true story behind the beloved Christmas carol "The Twelve Days of Christmas." As the days go by, the gifts seem to hint at a possible lost lyric. Was there once a thirteenth day of Christmas? And if so, could its magic change-or save-a life?If Marva knows something about the "letters from the Elves," she's not telling. However, you don't live to be as old as Marva Ferguson and not have a secret or two-including a whole lot of faith-in your apron pocket.Filled with laughter, tenderness, and hope, The 13th Day of Christmas invites us to see how an old Christmas favorite can turn into a true Christmas miracle.

Jason F. Wright is a New York Times, Wall Street Journal, and USA Today bestselling author. He is the author of numerous novels, including The Christmas Sweater, Christmas Jars, and The Wednesday Letters. His articles have appeared in over fifty newspapers and magazines across the United States, including the Washington Times, the Chicago Tribune, and Forbes. Wright has been seen on Fox News, CNN, and C-SPAN and heard on many local and national radio shows.