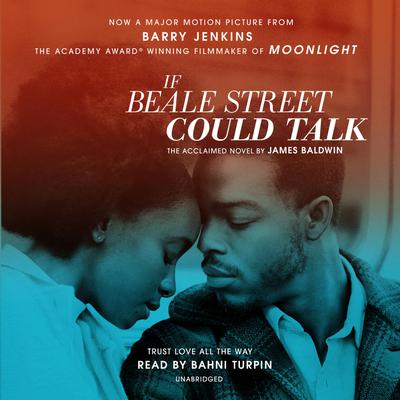 In this honest and stunning novel, James Baldwin has given America a moving story of love in the face of injustice. Told through the eyes of Tish, a nineteen-year-old girl in love with Fonny, a young sculptor who is the father of her child, Baldwin's story mixes the sweet and the sad.

Tish and Fonny have pledged to get married, but Fonny is falsely accused of a terrible crime and is imprisoned. Their families set out to clear his name, and as they face an uncertain future, the young lovers experience a kaleidoscope of emotions-affection, despair, and hope.

In a love story that evokes the blues, where passion and sadness are inevitably intertwined, Baldwin has created two characters so alive and profoundly realized that they are unforgettably ingrained in the American psyche.

James Baldwin (1924–1987) was
educated in New York. His first novel, Go
Tell It on the Mountain, received excellent reviews and was immediately recognized as establishing a
profound and permanent new voice in American letters. The appearance of The Fire Next Time in 1963, just as the
civil rights movement was exploding across the American South, galvanized the
nation and continues to reverberate as perhaps the most prophetic and defining
statement ever written of the continuing costs of Americans’ refusal to face
their own history. It became a national bestseller, and Baldwin was featured on
the cover of Time. The next year, he
was made a member of the National Institute of Arts and Letters and
collaborated with the photographer Richard Avedon on Nothing Personal, a series of portraits of America intended as a
eulogy for the slain Medger Evers. His other collaborations include A Rap on Race with Margaret Mead and A Dialogue with the poet-activist Nikki
Giovanni. He also adapted Alex Haley’s The
Autobiography of Malcolm X into One
Day When I Was Lost. He was made a commander of the French Legion of Honor
a year before his death, one honor among many he achieved in his life.