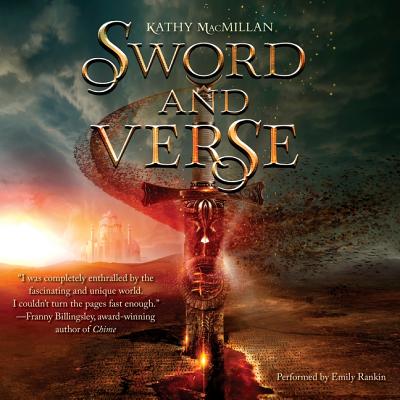 In a sweeping fantasy that award-winning author Franny Billingsley called "fascinating and unique," debut author Kathy MacMillan weaves palace intrigue and epic world building to craft a tale for fans of Rae Carson and Megan Whalen Turner.Raisa was just a child when she was sold into slavery in the kingdom of Qilara. Before she was taken away, her father had been adamant that she learn to read and write. But where she now lives, literacy is a capital offense for all but the nobility. The written language is closely protected, and only the King, Prince, Tutor, and Tutor-in-training are allowed to learn its very highest form. So when she is plucked from her menial labor and selected to replace the last Tutor-in-training, who was executed, Raisa knows that betraying any hint of her past could mean death.Keeping her secret guarded is hard enough, but the romance that's been blossoming between her and Prince Mati isn't helping matters. Then Raisa is approached by the Resistance--an underground rebel army--to help liberate the city's slaves. She wants to free her people, but that would mean aiding a war against Mati. As Raisa struggles with what to do, she discovers a secret that the Qilarites have been hiding for centuries--one that, if uncovered, could bring the kingdom to its knees.