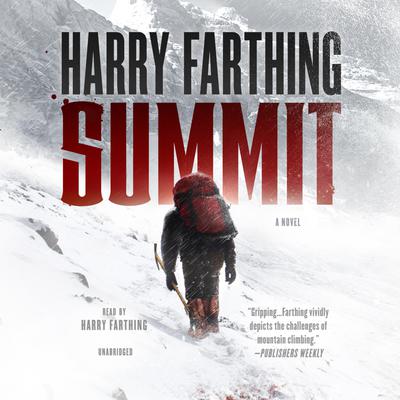 A summit is a summit, and the truth is the truth. But the view from 8,848 meters isn’t always so clear. Two men, seventy years apart, push for the top of Mount Everest, driven by forces beyond their control and something inside that says climb.

After eight successful summits, Mount Everest guide Neil Quinn is confident he can handle anything the mountain throws his way. But then disaster strikes steps from the top, leaving him with a lot of questions and a very old swastika-embellished ice axe that should never have been so high on the mountain—not if Everest’s meticulously documented history is accurate.

But before Quinn can even catch his breath, the combined wrath of his vengeful employer and an angry client drives him out of the Himalayas and back to Europe, where the newly blackballed English guide struggles to make ends meet and discover the truth of what happened that fateful day. He soon uncovers the story of Josef Becker, a Nazi climber who sought the top of the world seventy years before, when Europe teetered on the brink of the Second World War.

Quinn’s innocent queries into Becker’s expedition soon have neo-Nazis, assassins, and history buffs vying to take possession of the axe—proof of Nazi alpine superiority, and strong evidence that a German climber was the first to summit Mount Everest.

Beautifully written and meticulously researched, Summit follows two climbers across two continents as their stories and movements intertwine across history, culminating in one final push for the top of the world.

From the moment eight-year-old Harry Farthing first saw the famed summit photo of Tenzing Norgay in his school library, he knew Mount Everest would figure prominently in his future. The years took him across the world and up and down many peaks—not least within three hundred meters of Everest’s summit—until he found a way to combine his knowledge of world travel, adventure sports, mountaineering, and modern history; the result is Summit, his debut novel.