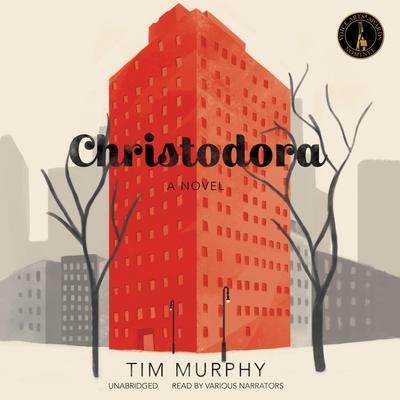 In this vivid and compelling novel, Tim Murphy follows a diverse set of characters whose fates intertwine in an iconic building in Manhattan's East Village, the Christodora. The Christodora is home to Milly and Jared, a privileged young couple with artistic ambitions. Their neighbor, Hector, a Puerto Rican gay man who was once a celebrated AIDS activist but is now a lonely addict, becomes connected to Milly and Jared's lives in ways none of them can anticipate. Meanwhile, Milly and Jared's adopted son Mateo grows to see the opportunity for both self-realization and oblivion that New York offers.

As the junkies and protesters of the 1980s give way to the hipsters of the 2000s and they, in turn, to the wealthy residents of the crowded, glass-towered city of the 2020s, enormous changes rock the personal lives of Milly and Jared and the constellation of people around them.

Moving kaleidoscopically from the Tompkins Square Riots and attempts by activists to galvanize a true response to the AIDS epidemic, to the New York City of the future, Christodora recounts the heartbreak wrought by AIDS, illustrates the allure and destructive power of hard drugs, and brings to life the ever-changing city itself.

Tim Murphy has reported on HIV/AIDS for twenty years, for such publications as Poz magazine where he was an editor and staff writer, Out, Advocate, and New York magazine, where his July 2014 cover story on the new HIV-prevention pill regimen PrEP was nominated for a GLAAD Media Award for Outstanding Magazine Journalism. He also covers LGBT issues, arts, pop culture, travel, and fashion for publications including the New York Times, Condé Nast Traveler, Details, and Yahoo Style. He lives in Brooklyn and the Hudson Valley.