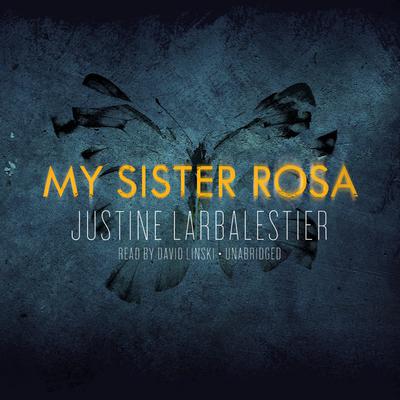 What if the most terrifying person you know is your ten-year-old sister?

Seventeen-year-old Aussie Che Taylor loves his younger sister Rosa. But he’s also certain that she’s a diagnosable psychopath—clinically, threateningly, dangerously. Recently Rosa has been making trouble, hurting things. Che is the only one who knows; he’s the only one his sister trusts. Rosa is smart, talented, pretty, and very good at hiding what she is and the violence she’s capable of.

Their parents, whose business takes the family from place to place, brush off the warning signs as Rosa’s “acting out.” Now that they have moved again—from Bangkok to New York City—their new hometown provides far too many opportunities for Rosa to play her increasingly complex and disturbing games. Alone, Che must balance his desire to protect Rosa from the world with the desperate need to protect the world from her.

Justine
Larbalestier
is an Australian American writer who
was born and raised in Sydney. Her solo novel Liar received starred reviews from four major review publications, was short-listed for eleven
awards and won four, and was named a best book of the year by Young Adult
Library Services Association (YALSA), School
Library Journal
, Bank Street Books, and Michigan Thumps Up, as well as winning the 2010 White Ravens Award from the International Youth Library. She also wrote How to Ditch Your Fairy and the Magic or
Madness trilogy, as well as coedited the Zombies
vs. Unicorns
anthology with Holly Black. Justine lives in Sydney, Australia,
where she gardens, boxes, and tweets far too much.