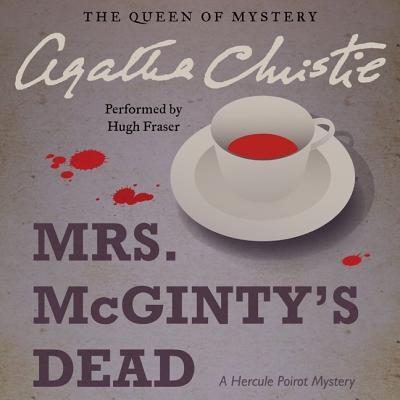 In Mrs. McGinty's Dead, one of Agatha Christie's most ingenious mysteries, the intrepid Hercule Poirot must look into the case of a brutally murdered landlady.

Mrs. McGinty died from a brutal blow to the back of her head. Suspicion falls immediately on her shifty lodger, James Bentley, whose clothes reveal traces of the victim's blood and hair. Yet something is amiss: Bentley just doesn't seem like a murderer.

Could the answer lie in an article clipped from a newspaper two days before the death? With a desperate killer still free, Hercule Poirot will have to stay alive long enough to find out. . . .