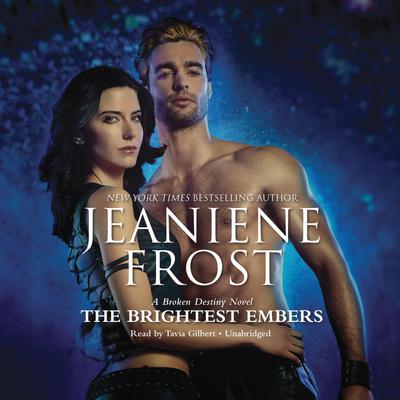 You can run from your destiny, but you can’t hide …

Ivy thought that she and Adrian had conquered their fates. Yet with thousands of innocents still trapped in the demon realms, she’s determined to locate the final hallowed weapon and harness its unparalleled power to free them. But the last relic nearly put Ivy in the grave—there’s probably no coming back from this one.

Adrian’s dark lineage has made him the most powerful of his kind, yet even his incredible abilities might not be enough now. Instead, the treacherous fate he has fought so hard to escape might be the only way he can save Ivy. Their scintillating bond has been tested before, but never with so much on the line. Now fate will come head-to-head against true love, and nothing they’ve endured can prepare Ivy and Adrian for the unthinkable choices they’ll face.

Jeaniene Frost, New York Times and USA Today bestselling author, lives with her husband and their very spoiled dog in Florida. Although not a vampire herself, she confesses to having pale skin, wearing a lot of black, and sleeping in late whenever possible. And while she can't see ghosts, she loves to walk through old cemeteries. She also loves poetry and animals but fears children and hates to cook.