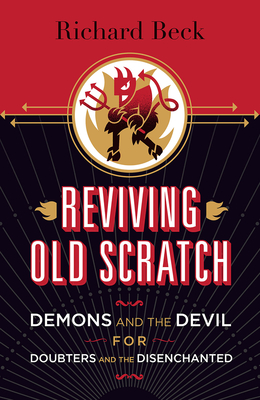 Demons and the Devil for Doubters and the Disenchanted

The devil has fallen on hard times. Surveys say that even the majority of Christians doubt Satans existence. Burdened by doubts, skeptical believers find themselves divorced from Jesus dramatic confrontation with Satan in the Gospels and from the struggle that galvanized the early church.

In Reviving Old Scratch, popular blogger and theologian Richard Beck reintroduces the devil to the modern world with a biblical, bold, and urgent vision of spiritual warfare: we must resist the devil by joining the kingdom of Gods subversive campaign to interrupt the world with love.

Beck shows how conservative Christians too often overspiritualize the devil and demons, and progressive Christians reduce these forces to social justice issues. By understanding evil as a very real force in the world, we are better able to name it for what it is and thus to combat it as Jesus did.

Becks own work in a prison Bible study and at a church for recovering addicts convinced him to take Satan more seriously, and they provide compelling illustrations as he challenges the contemporaryand strangely safeversions of evil forces. The beliefs of liberals and conservatives alike will be tested by Becks groundbreaking ideas, fascinating stories, and clear thinking. Because if Jesus took Satan seriously, says Beck, then so should we.