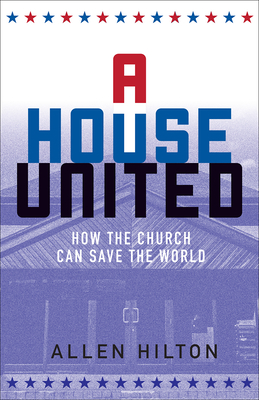 How the Church Can Save the World

By entering the culture wars, churchgoers in the United States have ushered the Left and the Right to even greater extremes. Battles over moral issues like abortion rights and homosexuality have now widened to include taxation and size of government, so that specific church affiliation has become an accurate predictor of political party affiliation. The extremists in American politics rely on Christians to be the engine that pushes the culture farther right or left.

Allen Hilton believes that religion isn't inherently divisive, and he suggests a new role for Christianity. Jesus prayed that his disciples might all be one, and this book imagines a proper answer to that prayer in the context of American polarization.

Rather than asking people to leave their political and theological beliefs at the church door, Hilton promotes a Christianity that brings people together with their differences. Through God's transforming work, he writes, we can create a house united that will help our nation come back together.