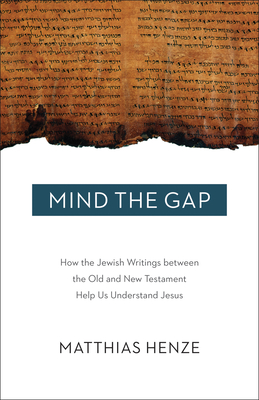 Do you want to understand Jesus of Nazareth, his apostles, and the rise of early Christianity? Reading the Old Testament is not enough, writes Matthias Henze in this slender volume aimed at the student of the Bible. To understand the Jews of the Second Temple period, it's essential to read what they wrote-and what Jesus and his followers might have read-beyond the Hebrew scriptures. Henze introduces the four-century gap between the Old and New Testaments and some of the writings produced during this period (different Old Testaments, the Apocrypha and Pseudepigrapha, the Dead Sea Scrolls); discusses how these texts have been read from the Reformation to the present, emphasizing the importance of the discovery of Qumran; guides the student's encounter with select texts from each collection; and then introduces key ideas found in specific New Testament texts that simply can't be understood without these early Jewish intertestamental writings-the Messiah, angels and demons, the law, and the resurrection of the dead. Finally, he discusses the role of these writings in the parting of the ways between Judaism and Christianity. Mind the Gap broadens curious students' perspectives on early Judaism and early Christianity and welcomes them to deeper study.