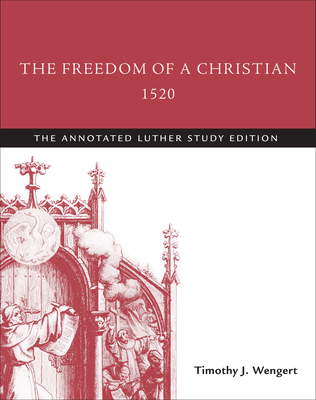 Timothy J. Wengert skillfully provides a clear understanding of the historical context from which the treatise The Freedom of a Christian and his accompanying Letter to Pope Leo X arose. As controversy concerning his writings grew, Luther was instructed to write a reconciliation-minded letter to Pope Leo X (14751521). To this letter he appended a nonpolemical tract describing the heart of his beliefs, The Freedom of a Christian. Luthers Latin version added an introduction and a lengthy appendix not found in the German edition. The two editions arose out of the different audiences for them: the one addressed to theologians, clerics, and church leaders (for whom Latin was the common language), and one addressed to the German-speaking public, which included the nobility, townsfolk, many from the lesser clergy, and others who could read (or have Luthers writings read to them).