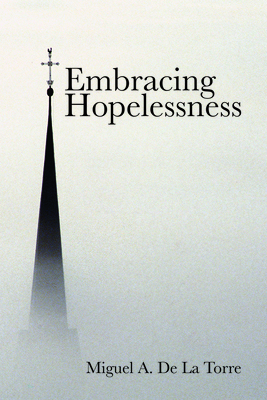 This book will attempt to explore faith-based responses to unending injustices by embracing the reality of hopelessness. It rejects the pontifications of some salvation history that move the faithful toward an eschatological promise that, when looking back at history, makes sense of all Christian-led brutalities, mayhem, and carnage.

Hope, as an illusion, is responsible for maintaining oppressive structures. This book struggles with a God who at times seems mute, demanding solidarity in the midst of perdition and a blessing in the midst of adversity. How can the Creator be so invisible during the troubling times in which we live-times filled with unbearable life-denying trials and tribulations? The book concludes with a term De La Torre has coined in other books: an ethics para joder-an ethics that f*cks with. When all is hopeless, when neoliberalism has won, when there exists no chance of establishing justice, the only choice left for the oppressed is to screw with the structure, literally turning over the bankers' tables at the temple. By upsetting the norm, an opportunity might arise that can lead us to a more just situation, although such acts of defiance usually lead to crucifixion. Hopelessness is what leads to radical liberative praxis.