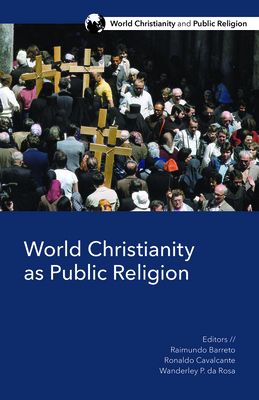 In a context of globalization, socioeconomic disparity, environmental concerns, mass migration, and multiplying political and social upheavals, Christians from different parts of the world are forced to ask complex questions about poverty, migration, race, gender, sexuality, and land-related conflicts. Scholars have gradually become aware that world Christianity has a public face, voice, and reason. This volume stresses world Christianity as a form of public religion, identifying areas for intercultural engagement. It proposes a conversation that includes voices from South and North America, Europe, and Africa, highlighting differences and commonalities as Christian scholars from different parts of the world address concerns related to world Christianity and public responsibility. Divided into five sections, each formed by two chapters, this volume covers themes such as the reimagination of theology, doctrine, and ecumenical dialogue in the context of world Christianity; Global South perspectives on pluralism and intercultural communication; how epistemological shifts promoted by liberation theology and its dialogue with cultural critical studies have impacted discourses on religion, ethics, and politics; conversations on gender and church from Brazilian and German perspectives; and intercultural proposals for a migratory epistemology that recenters the experience of migration as a primary location for meaning.