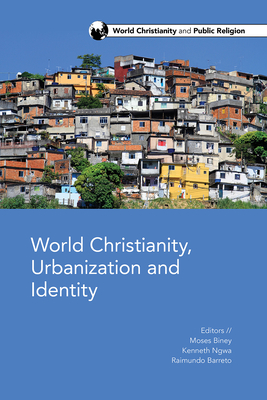 World Christianity, Urbanization and Identity argues that urban centers, particularly the largest cities, do not only offer places for people to live, shop, and seek entertainment, but deeply shape people's ethics, behavior, sense of justice, and how they learn to become human. Given that religious participation and institutions are vital to individual and communal life, particularly in urban centers, this interdisciplinary volume seeks to provide insights into the interaction between urban change, religious formation, and practice and to understand how these shape individual and group identities in a world that is increasingly urban.

World Christianity, Urbanization and Identity is part of the multi-volume series World Christianity and Public Religion. The series seeks to become a platform for intercultural and intergenerational dialogue, and to facilitate opportunities for interaction between scholars across the Global South and those in other parts of the world.