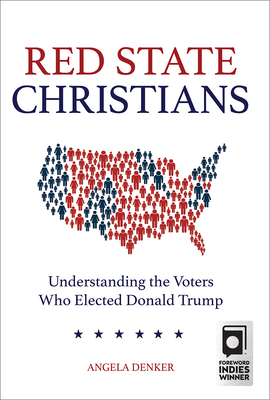 Donald Trump, a thrice-married, no-need-of-forgiveness, blustery billionaire who rarely goes to church, won more Evangelical Christian votes than any candidate in history on his way to winning the 2016 US presidential election. Veteran journalist Angela Denker set out to uncover why, traveling the United States for a year, meeting the people who support Trump, and listening to their rationale.

In Red State Christians, readers will get an honest look at the Christians who gave the presidency to the unlikeliest candidate of all time. From booming, wealthy Orange County megachurches to libertarian farmers in Missouri to a church in Florida where the pastors carry guns to an Evangelical Arab American church in Houston to conservative Catholics on the East Coast--the picture she paints of them is enlightening, at times disturbing, but always empathetic. A must-read for those hoping to truly understand how Donald Trump became president.