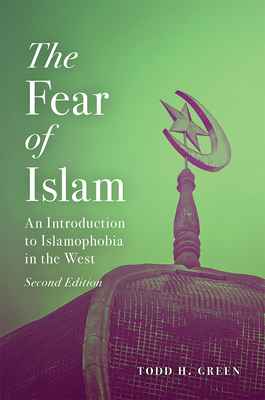 An Introduction to Islamophobia in the West

The Fear of Islam investigates the context of Western views of Islam and offers an introduction to the historical roots and contemporary anxiety regarding Islam within the Western world.

Tracing the medieval legacy of religious polemics and violence, Green orients readers to the complex history and issues of Western relations to Islam, from early and late modern colonial enterprises and theories of "Orientalism," to the production of religious discourses of otherness and the clash of civilizations that proliferated in the era of 9/11 and the war on terror.

In this second edition, Green brings the reader up to date, examining the Islamophobic rhetoric of the 2016 US presidential election and the ongoing success of populist and far right parties in Europe. Green provides updated data on the rise of anti-Muslim legislation--for example, the Muslim ban in the United States and a wave of full-face veil bans in Europe--as well as the rise in anti-Muslim hate crimes on both sides of the Atlantic since 2015.

This important book is essential reading for anyone who wants to better understand current views of Islam and to work toward meaningful peace and understanding between religious communities.