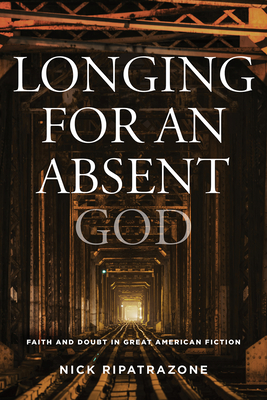 Longing for an Absent God

Longing for an Absent God unveils the powerful role of faith and doubt in the American literary tradition. Nick Ripatrazone explores how two major strands of Catholic writers--practicing and cultural--intertwine and sustain each other.

Ripatrazone explores the writings of devout American Catholic writers in the years before the Second Vatican Council through the work of Flannery O'Connor, Andre Dubus, and Walker Percy; those who were raised Catholic but drifted from the church, such as the Catholic-educated Don DeLillo and Cormac McCarthy, the convert Toni Morrison, the Mass-going Thomas Pynchon, and the ritual-driven Louise Erdrich; and a new crop of faithful American Catholic writers, including Ron Hansen, Phil Klay, and Alice McDermott, who write Catholic stories for our contemporary world. These critically acclaimed and award-winning voices illustrate that Catholic storytelling is innately powerful and appealing to both secular and religious audiences.

Longing for an Absent God demonstrates the profound differences in the storytelling styles and results of these two groups of major writers--but ultimately shows how, taken together, they offer a rich and unique American literary tradition that spans the full spectrum of doubt and faith.