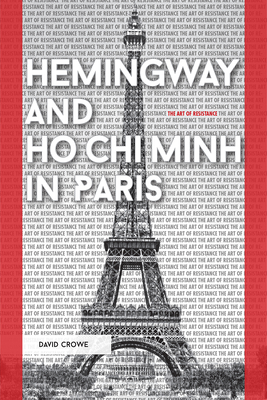 The Art of Resistance

Two of the twentieth century's most fascinating figures, Ernest Hemingway and Ho Chi Minh, grappling with a world in which Western culture and their respective governments were failing them, came to Paris at the same time in the 1920s. Trained by their faiths to give their lives to and for others, each had survived a terrifying near-death experience, leading to the realization that this belief in service and sacrifice had been exploited for others' gain. They came to Paris to resist this violent heresy and learn what compassion could do.

In the City of Light, Ho and Hemingway found movements that resisted an overly aggressive Western culture that gave too little, both materially and spiritually, to its young people, to its struggling poor, and to the colonies it oppressed. They learned the arts of resistance, which involved psychologically realistic writing, hostility toward sexual and political repressions, a celebration of working people, the exposure of exploitations such as colonialism and militarism, and an ongoing struggle to determine whether violence was required to bring about a more just and nourishing civilization. Before leaving Paris, each began to gain an international reputation, Ho for documenting colonial ills and crafting political demands, Hemingway for writing parables of youthful survival amid rampant international violence.

Hemingway and Ho Chi Minh in Paris tells the untold, engrossing story of two young men who came to Paris to resist and left as two of their century's most famous figures.