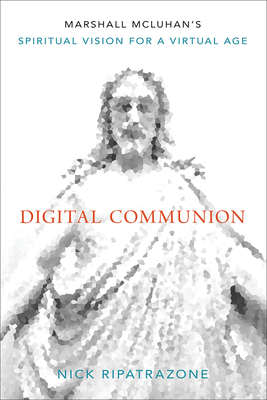 Marshall McLuhan was the greatest prophet of the digital age. In the 1960s, McLuhan, a Canadian literary theorist reared on Elizabethan satire and the labyrinthine novels of James Joyce, turned his attention toward the budding and befuddling electronic age. Like most prophets, McLuhan became one through a fascination with God. Prophets divine their wisdom from a source, and Digital Communion shows that McLuhan's was his own Catholic faith. In other words, the greatest prophet of the digital age was an ardent Christian. A reconsideration of his vision can change the way we view the online world.

A Catholic convert, McLuhan foretold a digital age full of blessings and sins: a world where information was a phone call or keystroke away, but where our new global village could also bring out the worst in us. For him, mass media was a form of Mass. McLuhan thought that while the print world was visual, the electric world--especially television--was a medium of touch. It enveloped us. For McLuhan, God was everywhere, including in the electric light.

Digital Communion considers the religious history of mass communication, from the Gutenberg Bible to James Joyce's literary forerunners of hypertextual language to McLuhan's vision of the electronic world as a place of potential spiritual exchange, in order to reveal how we can cultivate a more spiritual vision of the internet--a vision we need now more than ever.