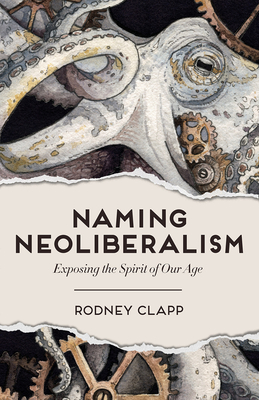 Exposing the Spirit of Our Age

Neoliberalism is the reigning, overarching spirit of our age. It consists of a panoply of cultural, political, and economic practices that set marketized competition at the center of social life. The model human is the entrepreneur of the self. Though regnant, neoliberalism likes to hide. It likes people to assume that it is a natural, deep structure--just the way things are. But in neoliberalism's train have come extreme inequality, economic precariousness, and a harmful distortion of both the individual and society. Many people are waking up to the destructive effects of this order. Anthropologists, economic historians, philosophers, theologians, and political scientists have compiled considerable literature exposing neoliberalism's pretensions and shortcomings. Drawing on this work, Naming Neoliberalism aims to expose the order to a wider range of readers--pastors, thoughtful laypersons, and students. Its theological base for this "intervention" is apocalyptic--not in the sense of impending doom and gloom, but in the sense of centering on Christ's life, death, and resurrection as itself the creation of a new and truer, more hopeful, and more humane order that sees the principalities and powers (like neoliberalism) unmasked and disarmed at the cross. The book carefully lays out what neoliberalism is, where it has come from, its religious or theological pretensions, and how it can be confronted through and in the church.