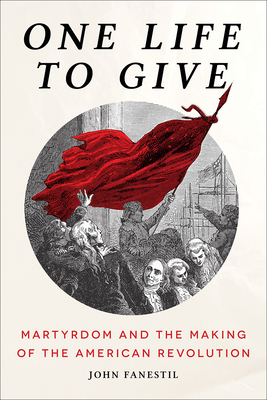 One Life to Give

Martyrdom and the Making of the American Revolution

The famous words of patriots, such as Nathan Hale's "I regret that I have but one life to give for my country," have echoed through the centuries as embodiments of the spirit of the American Revolution. Despite the immortalized role these quotes play in America's historical narrative, their origins remain obscure. We know little about what inspired words like these and how this spirit of sacrifice inspired the revolution itself. What was going on in the hearts and minds of young men who risked their lives for the revolutionary cause? The answer lies in the untold story of the spiritual backdrop of the American Revolution.

One Life to Give presents Nathan Hale's execution on September 21, 1776, as the culmination of a story that spans generations and explains why many young American men reached the personal decision to commit to the revolutionary cause even if it meant death. As John Fanestil reveals, this is the story of how martyrdom shaped the American Revolution.

In colonial America, countless young revolutionaries, like their forebears, were raised and trained from infancy to understand that divine approval was attached to certain kinds of deaths--deaths of self-sacrifice for a sacred cause. Young boys were taught to expect that someday they might be called to fight and die for such a cause, and that should this come to pass, their deaths could be meaningful in the eyes of others and of God. Fanestil traces the deep history of the tradition of martyrdom from its classical and Christian origins, ultimately articulating how the spirit of American martyrdom animated countless personal commitments to American independence, and thereby to the war. Only by understanding the inextricable role played by martyrdom can we fully understand the origins of the American Revolution.