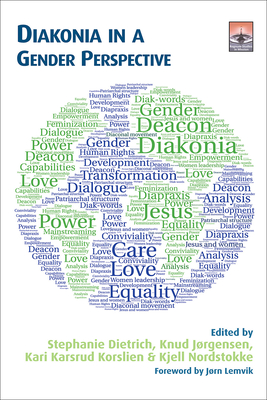 Diakonia in a Gender Perspective (Regnum Studies in Mission)

Gender perspectives play a core role when it comes to both the theory and the practice of diakonia. This is the second book on diakonia published by Regnum. It follows Diakonia as Christian Social Practice: An Introduction (2014).

The authors, most of whom have experience themselves as diaconal practitioners, are concerned about the role gender plays within the theory and practice of diakonia. The academic context of this publication is not gender studies per se, but an interdisciplinary approach where diaconal theory is deepened through the lenses of a gender perspective, and where examples and case studies are provided in order to exemplify the impact of a gender perspective on diaconal theory and practice.